Welcome to the July issue!

In this newsletter we highlight recent awards & achievements of DICG current and past leadership, current events as well as other important topics.

And, in case you missed it in April, 2021 we launched the DICG Course on Ethical Issues in Transplantation and The Declaration of Istanbul.

"The Pontifical Academy of Sciences (PAS) is a scientific academy of the Vatican City, established in 1936 by Pope Pius XI, and thriving with the blessing of the Papacy ever since. Its aim is to promote the progress of the mathematical, physical, and natural sciences and the study of related epistemological problems. The PAS under the leadership of Pope Francis has been engaging with the global problem of slavery. In 2017, it organised a Pontifical Academy Summit on Organ Trafficking and Transplant Tourism. The objectives were to describe the widespread extent of transplant tourism and organ trafficking (testimony given by attendees from countries with transplant services currently throughout the world); prepare a Statement referable to the Pontifical Academy Summit that would be signed by the participants and distributed worldwide; engage a group of stakeholders (Government Officials, Prosecutors, Investigators, Justices, and Journalists) who can be influential in the long term in combatting organ trafficking in an alliance with transplant professionals; develop an alliance of individuals committed to combating organ trafficking and transplant tourism – and engaging health authorities to achieve a prohibition of organ trafficking as a form of human slavery – by the representatives participating in the Pontifical Academy Summit."

This report was written by Francis Delmonico, Beatriz Dominguez-Gil and Nancy Ascher.

A Workshop of health officials was convened on June 21-22 by the Pontifical Academy of Sciences and cosponsored by the WHO promoting the Role of Science in the Development of International Standards of Organ Donation and Transplantation by addressing these health care issues:

Below are the most recent data of the ONT WHO Global Observatory regarding the global activity in organ transplantation. 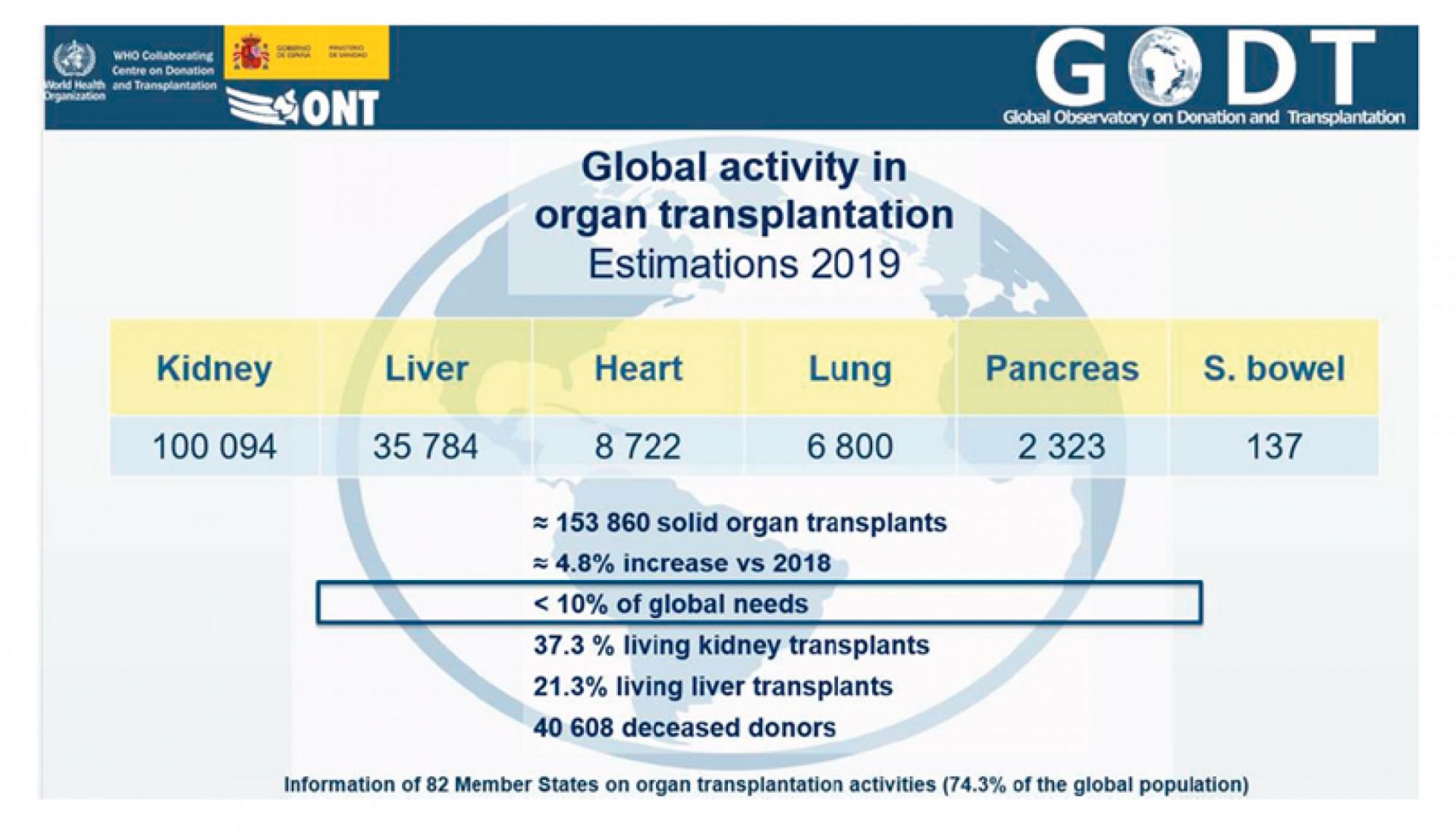 A report of the deliberations of this workshop will be distributed to the international community of stakeholders that present recommendations to address the burden of disease and the epidemic of organ failure - in the context of achieving universal healthcare and optimizing organ transplantation as a treatment. The recommendations of the Workshop will also address international standards needed to achieve quality and safety for transplant recipients and their living organ donors.

We have chosen to highlight two notable articles on illegal kidney transplantation.

We are aware that it is not always possible for us to verify the contents of all the news being highlighted in popular media across the globe. However, we feel that since the media is talking about these issues, it may be important for us to know what the global population is seeing. If you would like to offer comments on an article posted by us, we request you to email This email address is being protected from spambots. You need JavaScript enabled to view it.. Our executive will consider your submission and if found suitable will carry it. The explicit intention behind this section is not to discredit the work of colleagues or further rumours. Therefore, we will try and stick to reputed and reliable news sources.

Past and Present DICG Leadership

Recently, past and present members of the DICG leadership have been recognized globally for their accomplishments. We are very proud of the DICG community for their acheivements and what they have done for the global transplant community. 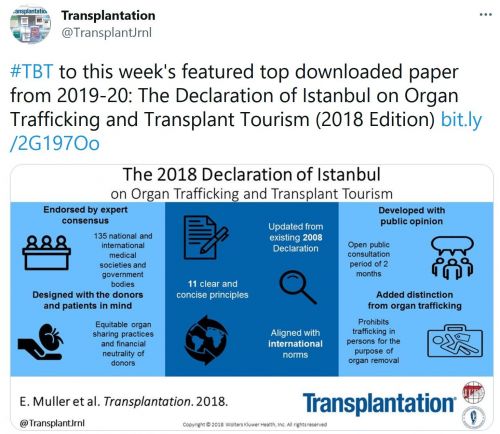 Thank you to all of our members and endorsing organizations for promoting the DOI and the DICG which has lead to the 2018 edition of the DOI being the most downloaded paper last week!

In case you missed the launch of the DICG Course on Ethical Issues In Transplantation and The Declaration of Istanbul be sure to register! The course was designed to give a complete overview of the DOI. There are three main modules in the curriculum. History of the DOI, 2018 Edition of the DOI and Ethical Issues Related to the DOI. There is also a series of regional updates. While the Modules are all available at this time, periodically, there will be updates and additions to the content.

Please encourage your colleagues, fellows and trainees to participate!

Staff Directory: 1-514-874-1717
Email: This email address is being protected from spambots. You need JavaScript enabled to view it.